Recently musician Cecilee Linke kindly invited me to talk about this song on her podcast “Strange Phenomena,” which is the Internet’s other Virginia-based song-by-song Kate Bush project (the key difference is Cecilee goes through the songs by order of release). It’s a great time, and so is our discussion of “Army Dreamers.”

A recurring idea in Kate Bush’s music is anthropomorphism. She’ll take an archetype, animal, or object, and enumerate the ways in which it’s a conscious, willful, breathing organism. Pinning down a single overarching theme to an artist’s body of work is dangerous, but if Bush’s music has one, it’s the inherent magic of the universe as a source of catharsis. That magic can be joyful or dark (or, liberatingly, both), but there’s always release in embracing it.

Bush tends to shine when not dealing with the public eye. The “Kate Bush is a notorious recluse” line is only half false—her idiosyncratic creative process requires lots of privacy. Think of her as a more benevolent Kenneth Grahame’s Badger. Bush’s creative process is notoriously idiosyncratic and autodidactic. Hence she had a somewhat vexed relationship with instruction. She’s had useful teachers, most obviously the late great Lindsay Kemp and Bush’s own family and even school was helpful to her music theory education. But that positive aspect aside, it’s little surprise Bush dropped out of school at 18. Catholic school is particularly bad at letting young creatives thrive (I’ve never regretted being pulled out of Catholic school at 13). Bush has cited St. Joseph’s Convent Grammar School lack of avenues for letting her be herself as the main reason: “I learnt a few things from school which were useful, but it generally wasn’t an environment I felt I could comfortably express myself in.” Bush’s story has taken a peculiar shape so far, and it’s not one with room for convent school.

Bush’s chief enemy at St. Joseph’s was the violin. Unlike the piano, she didn’t discover it at home and learn to enjoy playing it for its own sake. She encountered it in (horrors) lessons. Everyone knows that the sound of a violin in the hands of an inexperienced player isn’t quite the same as the sound a piano or guitar makes with a new student. It’s not hard imagine this infuriating eternal perfectionist Bush.

Out of this frustration comes “Violin”, Kate Bush’s wildest, most frantic and most personal song to date. The demo hails from the period after she left school, and as usual it’s more modest than the finished product. The final recording ups the ante considerably, giving the album track more wild artifice than the demo.

Like “The Man With the Child in His Eyes,” “Violin” is one of a handful of songs from the early demos which made it a studio album. This wasn’t especially surprising with “Child,” where Bush picked a few songs from her older repertoire to professionally record. By the time Bush recorded “Never for Ever,” she was a full three albums into her professional recording career. It’s the last time Bush recorded a song from the home demo days. She’d written plenty of songs since the days of Wickham Road. Why dust off this old tape? Clearly it stood apart from the demos. Bush knew how to imbue “Violin” with new life.

Bush sounds positively deranged in the song, taking the human voice as an instrument to its zenith as she zips between the highs and lows of her vocal range (she hits her highest note on record here, an astonishing F6, with characteristic literalness as she whoops the note on “filling me up with,” which she immediately follows with an extremely low G#3 at “the shivers”). Her vocal is a roller coaster, slightly holding back over the “four strings,” becoming slightly giddier over “the quavers, drunk at the BARS” (deliciously emphasizing the violin pun and metaphor of the violin as intoxicating) and moving “out of the realm of the orchestra.” In the chorus Bush completely lets herself go, gutturally howling “get the bow going/let it SCREAM to me” in her most punk moment ever, a massive departure from her previous singing. Is it any wonder John Lydon is a Kate Bush fan when she does songs like “Violin,” with vocals closer to Never Mind the Bollocks than Pink Floyd’s Animals?

She takes this punk instinct for violent theatricality to another level in her Christmas special performance of “Violin,” possibly her greatest work on video to date, in which Bush literalizes the song’s batshit insanity by dressing up as a bat and attempting to fend off anthropomorphic violins. It’s objectively hilarious—the spectacle is so blunt and Bushian as to hardly require unpacking. It’s visually evocative of The Wall’s marching fascist hardware and aesthetically totally punk—rather than starting her BBC program with something conservative and respectful, Bush opts to dress like a ragamuffin and get attacked with violins (arguably this points to the more theatrical feminine aspects of post-punk, but as usual Bush predicts movements while not resembling them). Bush’s gut instinct is rarely contrarianism, but she can play the contrarian as well as anyone. 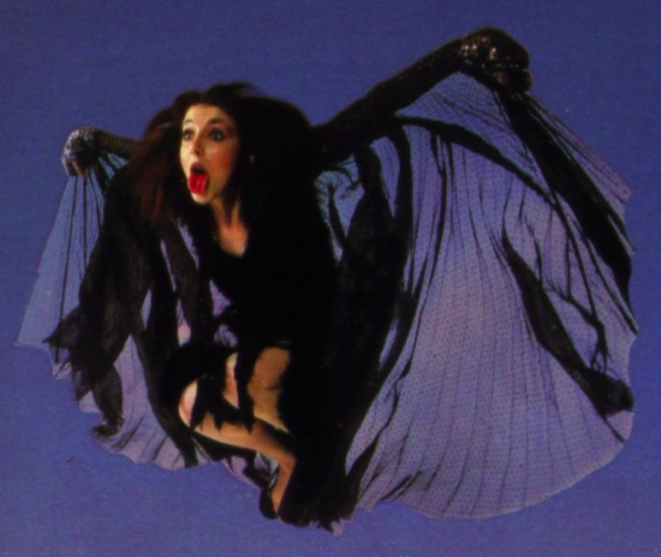 “Violin” is fraught with anxiety—Bush sounds like she’s thoroughly lost her religion. You can visualize the singer as a frazzled inmate in a padded cell, clinging to a violin and describing every centimeter of it. It’s possible they’re just high and really into the tangible shape of the violin (which is always a possibility and usually a given with Kate Bush), but I suggest a different reading: the singer has been driven mad by their violin playing. They’re an inverted Pied Piper or Erich Zann, leading themselves astray with their own music.

Some listeners might interpret the song as being enthusiastic about the violin—I wouldn’t read it that way. I think it’s about a person who’s had the violin imposed on them for far too long going over the edge. There’s an tinge of unreality to the song—it makes the violin a mystical object. Given the events leading up to the song’s creation, it’s unlikely Bush was feeling terribly positive about the violin while writing “Violin”. She isn’t one to push autobiography into her songwriting, but it’s hard not to read “Violin” as an expression of personal anxieties.

That’s not to say “Violin” is lacking in Bush’s trademark love of artifice and character acting. She clearly relishes singing these words, particularly as she namechecks violin players (“Paganini up the chimney/lord of the dance/with Nero and old Nicky/WHACK THAT DEVIL”). Her playful approach to language and music is as prevalent as ever. She’s anxious about the violin, but her character is far deeper into a violin obsession than she could ever have been. It’s a folk song about a hedonist in a chaotic spiral, which is always more interesting than the didactic ending of a folk tale where the hedonist is punished for their joy. Think “The Red Shoes” minus the unhappy ending.

So we have a song about a quasi-mystical addiction with undercurrents of school-resentment accompanied by howling vocals and a wailing electric guitar. Yes, this all feels a bit like The Wall but more creative and less misanthropic, but that’s not what we’re going to signify here. The aesthetic surprise is that “Violin” is that it’s Kate Bush inventing folk punk. 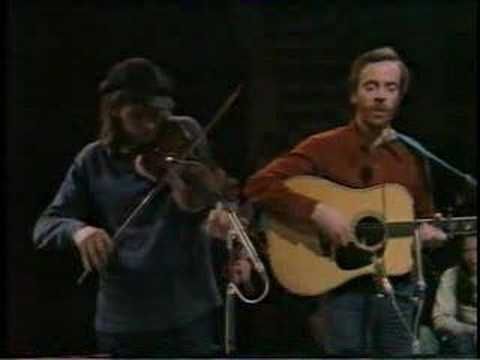 If there’s any doubt that this is a folk song, well, just look at the discreet guest session musician: fiddler Kevin Burke. Burke is a hugely acclaimed Irish folk musician in his own right, having worked with Christy Moore, the Bothy Band, and Patrick Street among others. Basically, he’s prolific enough to possibly merit his own blog. He may be the most inconspicuous celebrity artist Bush works with until Alan Stivell cameos in The Sensual World in that, well, he’s not exactly a mainstream celebrity. Bush has cited Burke’s song with the Bothy Band “Farewell to Eireann” as a favorite song of hers—clearly her attention extends outside the mainstream. There’s as much Kevin Burke as John Lydon in this song.

As for Bush inventing folk punk? This is a couple years before The Pogues come along. And the song has the inclusion of folkloric banshees in “give me the banshees for B.V.’s,” one of Kate’s wildest lyrics (yes, she was laying down the demo in Kent while Siouxsie and the Banshees were forming in Bromley. As above, etc).

Characteristically, “Violin” is Kate Bush touching on various aesthetics and predicting genres she’ll never touch again (eventual folk punk sounds nothing like “Violin”). Sometimes you need a hot mess of a song—Kate Bush will make a career out of this style, juxtaposing alternative and mainstream aesthetics. Finding life in the nooks and crannies of culture is one of the most rewarding parts of being a teenage aesthete. Personally, this is my favorite song I’ve written about on the blog so far. Kate Bush can do thoughtful and quiet as well as anyone else in the charts. This only makes her wild, untamed exercises in strangeness all the more salient. What does a punk do at school? Maybe break a few windows and receive detention. If Kate Bush skips school, you do nothing. There’s no stopping a goddamn banshee.